Into the Holiday Spirits

“I’d hate to be a teetotaller. Imagine getting up in the morning and knowing that’s as good as you’re going to feel all day.” Dean Martin

Merry Christmas 2000 to all of you! The holiday festivities are now in full swing. In fact, for many of us, the next 7 days will typify the pinnacle of mirthful merriment. Along with the parties often comes a great deal of alcohol consumption. Consequently, I want to devote this week’s Insight to some medical and philosophic considerations of predictable year-end savouring of spirits.

“Malt does more than Milton can to justify God’s ways to man.”A.E. Housman What is the definition of a Standard Drink? It’s a) One 12 ounce bottle of beer or wine cooler b) One 5-ounce glass of wine, or c) 1.5 ounces of 80-proof distilled spirits. If you are a woman or someone over the age of 65, moderate alcohol consumption is defined as no more than one drink per day. For men under age 65, moderate consumption means no more than two drinks per day. At this level of consumption, drinking is usually not associated with health risks and may even help to prevent certain forms of heart disease. However, even moderate alcohol consumption under some circumstances is not risk free. We’ll consider several of the more important circumstances in this Insight.

“Like other parties of the kind, it was first silent, then talky, then argumentative, then disputatious, then unintelligible, then altogethery, then inarticulate, and then drunk. When we had reached the last step of this glorious ladder, it was difficult to get down again without stumbling.” Lord Byron Certain driving skills, such as steering a car while simultaneously responding to changes in traffic can be impaired by blood-alcohol levels as low as 0.02%. As an example, a 160 lb. man will have a BAC (blood-alcohol level) of about 0.04% 1 hour after consuming two beers or two other standard drinks on an empty stomach. Obviously, as alcohol consumption increases, the level of driving impairment increases as well. So, even though most states allow a legal BAC of 0.08–0.10%, remember that impaired driving skills can occur at much lower levels. Your own safety as well as the safety of passengers and others on the road depends on your competence behind the wheel.

As a person’s alcohol consumption increases, so does the likelihood of interpersonal conflict. . .with spouses, friends, co-workers, and even strangers. James Thurber humorously remarked, “It takes that je ne sais quoi which we call sophistication for a woman to be magnificent in a drawing-room when her faculties have departed but she herself has not yet gone home.” Though a person’s ‘artificial confidence’ or sense of ease in social functions may seem to increase under the influence of alcohol, judgment generally declines in equal measure. So, though some may agree with George Jean Nathan that “I only drink to make other people seem more interesting”(Quoted beneath his picture in Charlie O’s bar, NYC), there’s an unfortunate reality to the Oriental Adage:

“At the punch-bowl’s brink,
Let the thirsty think,
What they say in Japan:
First the man takes a drink,
Then the drink takes a drink,
Then the drink takes the man!”
Edward Rowland Sill (1841-87)
Head to your social functions prepared to drink sensibly. One strategy is to consume a nonalcoholic beverage between all alcoholic beverages. If you drink, sip your drinks slowly. . .perhaps consuming no more than one alcoholic beverage per hour. And, of course, refrain from drinking on an empty stomach. Remember as well, “At every party there are two kinds of people–those who want to go home and those who don’t. The trouble is, they are usually married to each other.” Ann Landers

Finally, be aware that alcohol interacts negatively with more than 150 medications. This time of year, there are plenty of folks with colds and flu-like illnesses. Over-the-counter antihistamines (often taken to minimize the congestion) can create drowsiness which will be compounded by alcohol consumption. Additionally, even the over-the-counter pain killer, acetaminophen (aka Tylenol), can potentially cause serious liver damage if taken in large quantities concurrently with alcohol. Check with your doctor or pharmacist before mixing alcohol with medications of any kind. . . either prescription or over-the-counter.

“Bring in the bottled lightning, a clean tumbler, and a corkscrew.“Charles Dickens. Celebrate the holidays and the transition of years with vigor, but if you consume alcohol in the process, please drink in a health-conscious manner. When you toast to good health and good cheer, you’ll be including your own well-being in the festive equation. And, for any of you who know from experience and to those who have yet to learn, there’s no better hangover than one which has been avoided! 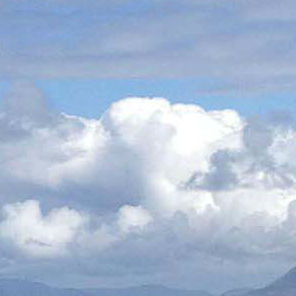