“One’s reach must exceed their grasp, or what’s a heaven for?”Robert Browning

On Saturday, April 28, 2001, I ran in the Country Music Marathon here in Nashville, TN. I made the decision to run just five days earlier, and registered as a late entrant two days before the race. What prompted me make the effort. . .to literally throw myself into the race? Was it ‘madness’ as my son suggested? Perhaps, there was an element of that. But in another, more important sense, my participation seemed a way to test my limits–to question and perhaps redefine assumptions about myself. And, don’t we all. . .in our own manner, find ways to define our strengths, abilities, limits? Rising to a challenge can rejuvenate, and change perspectives. Let’s jog through some additional thoughts on this subject.

The first marathon run ended in tragedy. In 490 B.C., a soldier, Pheidippides, ran from a battlefield near Marathon, Greece to Athens bringing news of a Greek victory over the Persians. At the end of his 24.85 mile run, Pheidippides collapsed and died. Though death is not a typical end to modern marathon races, dramatic conclusions abound, and a sense of profound struggle and profound human achievement is felt by each participant.

It wasn’t until the 1924 Olympics in Paris that the official marathon distance became 26.2 miles; this has remained the standard length of all marathon races since that time. Interestingly, a 16 year controversy preceded the change in the official race distance. King Edward VII made the decision to lengthen the course to 26 miles in the 1908 Olympics in London. The race was run between Windsor Castle and White City Stadium. Only by lengthening the course by 385 yards could King Edward have the race finish in front of his royal box! Interesting that a royal whim so heavily influenced the magnitude of this most challenging athletic event.

In 1890, William James proposed a formula for Happiness. He stated that Happiness equals Accomplishments divided by Expectations. Consequently, if one gets about what one expects, he will be happy. Conversely, the formula illustrates that unhappiness can occur 1) by failing to reach reasonable goals or accomplishments or 2) by setting unreasonable, impossible goals (expectations). So, individual drives and aspirations which exist in all of us shape the goals which we ultimately set for ourselves. With our accomplishments, we develop self-esteem. And, for many folks, striving for a dream or inspiration may perpetuate a personal joy, even though the goal may never be obtained. Marcus Tullius Cicero (106–43 B.C.) encapsulated such thinking in his statement, “If you aspire to the highest place it is no disgrace to stop at the second, or even the third.” Human nature instills in each of us a desire to succeed, to achieve certain goals in our lives. Whether these goals be challenges to strength and endurance, fine-tuning our intellectual skills, or making a significant, positive contribution to our world, we seek to prove ourselves. . .to test ourselves. . .and to be proud of our accomplishments. . .throughout our lives.

I crossed the finish line in 5 hrs. 15 minutes–a far cry from the world record holders: Fastest Male, Khalid Khannouchi (Morocco) with a time of 2 hrs. 5 minutes 42 sec. in the 1999 Chicago Marathon and Fastest Female, Tegla Loroupe (Kenya) with a time of 2 hrs. 20 minutes 43 seconds in the 1999 Berlin Marathon. However, my sense of personal achievement was immense. I had challenged my mettle, pushed my limits, and had achieved a personal victory in the process. Now, two days later, I shuffle on my still-sore feet, and push myself up from chairs since my tender thighs are not yet ready to re-assume the burden. Yet, this transitional pain is worth the result. And, I voluntarily chose the challenge and do not regret this aftermath of discomfort–for it will pass, and my sense of accomplishment will remain.

“. . .to seek, to strive, and not to yield. . .” can apply to multiple areas of our lives. When we challenge ourselves in a variety of settings, we enhance our joy. Set your goals and pursue them with vigor. Find your personal borders between reality and magic. As humorist MaryLee Marilee says, “Life is easier than you think. All you have to do is accept the impossible, do without the indispensable–and be able to smile at anything.” 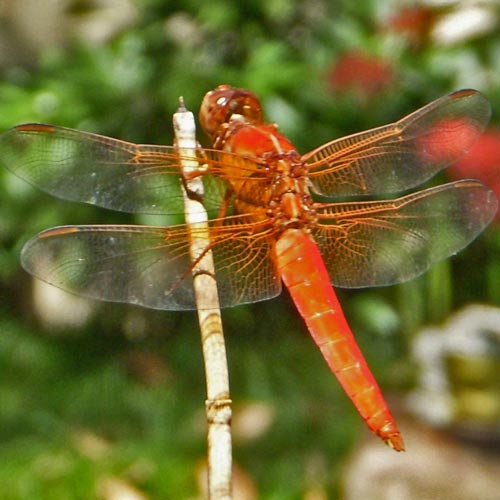