Pot bellies, balding heads, weakening muscles, decreased libido and a general decline in stamina all seem to occur variably as men grow older. Are these phenomena ‘just a part of aging’ or is there a hormonal decline that can be reversed or slowed with supplementation? The concept of a male menopause which should be treated with testosterone replacement is still highly controversial. So what’s the deal. . .is male menopause real? That’s the subject of this week’s Insight. “A hairy body, and arms stiff with bristles, give promise of a manly soul.” Juvenal (40-125) Roman Satiric Poet

Beginning in their 40s, up to 40% of men experience some combination of a constellation of symptoms including: lethargy, decreased libido,decreased muscle mass and muscle strength, erectile dysfunction, mood swings and even frank depression. This group of symptoms has been termed The Male Menopause by some sources, although Andropause, Viropause, or Partial Androgen Deficiency in Aging Men (ADAM) have also been coined to describe the syndrome. Possibly, decreasing levels of circulating testosterone play a role, but other factors (such as smoking and alcohol consumption, hypertension, poor diet and lack of exercise, chronic use of a variety of medications, and psychological problems) contribute to the symptom complex as well. Since the etiology is a ‘mixed bag’ the precise role of declining testosterone levels and the benefit of supplementing testosterone remain unclear issues.

Additionally, only about 12–15% of men with classic male menopausal symptoms have low serum testosterone levels. So, the argument to replace testosterone in an effort to correct the problem gets a little hairy! However, it’s also known that SHBG (Sex Hormone Binding Globulin) increases with normal aging while serum testosterone levels drop by about 10% every decade starting at age 30. SHBG traps circulating serum testosterone and makes it unavailable to the body’s tissues. So, the ‘left over’ testosterone is actually the amount that’s truly available to the tissues of the body. Measurements that account for the effect of SHBG give the value of the Free Active Testosterone Levels. And THESE levels are low in approximately 75% of men demonstrating classic Andropause symptoms. So maybe there really IS something to this declining testosterone concept. . .in any case, research continues.

Unlike women, the transition in men is not heralded by a clear cut signal such as cessation of menstruation. Additionally, though testosterone levels do tend to decline in most men from age 30 on, the testosterone decline is highly variable and dependent on many interlocking factors. The bodily changes occur gradually in men, and may be progressive but subtle changes in attitudes and moods, fatigue, loss of energy, sex drive, and physical agility. If declining testosterone level is the cause, it can also put one at increased risk for heart disease and osteoporosis. Since many men are often questioning their values, accomplishments, and direction in life at this point, it can be difficult to differentiate these biologically-induced changes from those occurring from external conditions.

So, understanding the variegated nature of the above thoughts, how DOES one make the diagnosis of male menopause? A man experiencing these symptoms should first see his Primary Care Physician for a comprehensive physical assessment which would also include one or two early morning assessments of his Free Testosterone Level. If testosterone levels are low normal or below normal, the physician and patient need to discuss the risk/benefit of testosterone supplementation. If testosterone supplementation is chosen, regular follow-up visits to check the blood levels of testosterone are important. Testosterone supplements may create oily skin/acne, worsening lipid profiles (with lowered HDL and increased LDL levels), unwelcome aggressive behavior, and can increase one’s risk of prostate enlargement and possibly one’s risk of prostate cancer. Clearly, men with sleep apnea, polycythemia (unusually high red blood cell counts), liver disease, and diagnosed prostate cancer are NOT candidates for testosterone supplementation. And, any man who does begin this supplementation should have regular monitoring of PSAs, lipids, and complete blood counts. Also, because the symptoms of Male Menopause are multifactorial, if a man can make positive changes in his lifestyle with better diet, weight loss, exercise, and smoking cessation. . .these changes will improve vitality as well.

Testosterone supplementation is most effective when given in injections (usually on a two week basis), or in topical form–using patches or creams. The latter are applied each day, and more closely approximate the body’s natural testosterone production. Oral testosterone preparations are less effective and have more side effects than injections or topical preparations (especially liver toxicity), so I don’t recommend them. In the near future, there will be time-release testosterone pellets that can be placed under the skin and provide supplementation for several months at a time.

The longterm risk/benefit of testosterone replacement in middle-aged and older men is still not clear. Large prospective trials needed to determine this as well as to establish the criteria for supplementation have yet to be performed. And, remember, not all men experience clear benefit in their Menopausal symptoms simply by raising their testosterone levels. Additionally, there are older men with high normal serum testosterone levels and classic symptoms of Andropause; obviously testosterone supplementation would not correct the syndrome in these men, and in fact it is contraindicated.

Midlife changes in men’s bodies, emotions, and cognitive functions encompass the waning of both vitality and virility. If we can halt the decline in functions by replacing a hormone which declines normally with aging, are we trying to “fool Mother Nature”? Some would argue so. On the other hand, man did not evolve in an environment where he was likely to survive beyond what we now see as middle age. . . so the contributions of ‘anti-aging’ medicine are increasingly important to us aging baby boomers. To age with grace and vitality is an aspiration few of us would deny. But, remember, guys, it takes more than testosterone and all its attendant effects to make us real men! As Cole Porter so aptly put it in Kiss Me Kate, “He may have hair upon his chest But, sister, so has Lassie.” 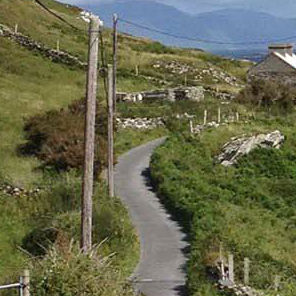